Mastodon is a free, open-source social network server. A decentralized alternative to commercial platforms, it avoids the risks of a single company monopolizing your communication. Anyone can run Mastodon and participate in the social network seamlessly.

An alternative implementation of the GNU social project. Based on ActivityStreams, Webfinger, PubsubHubbub and Salmon. 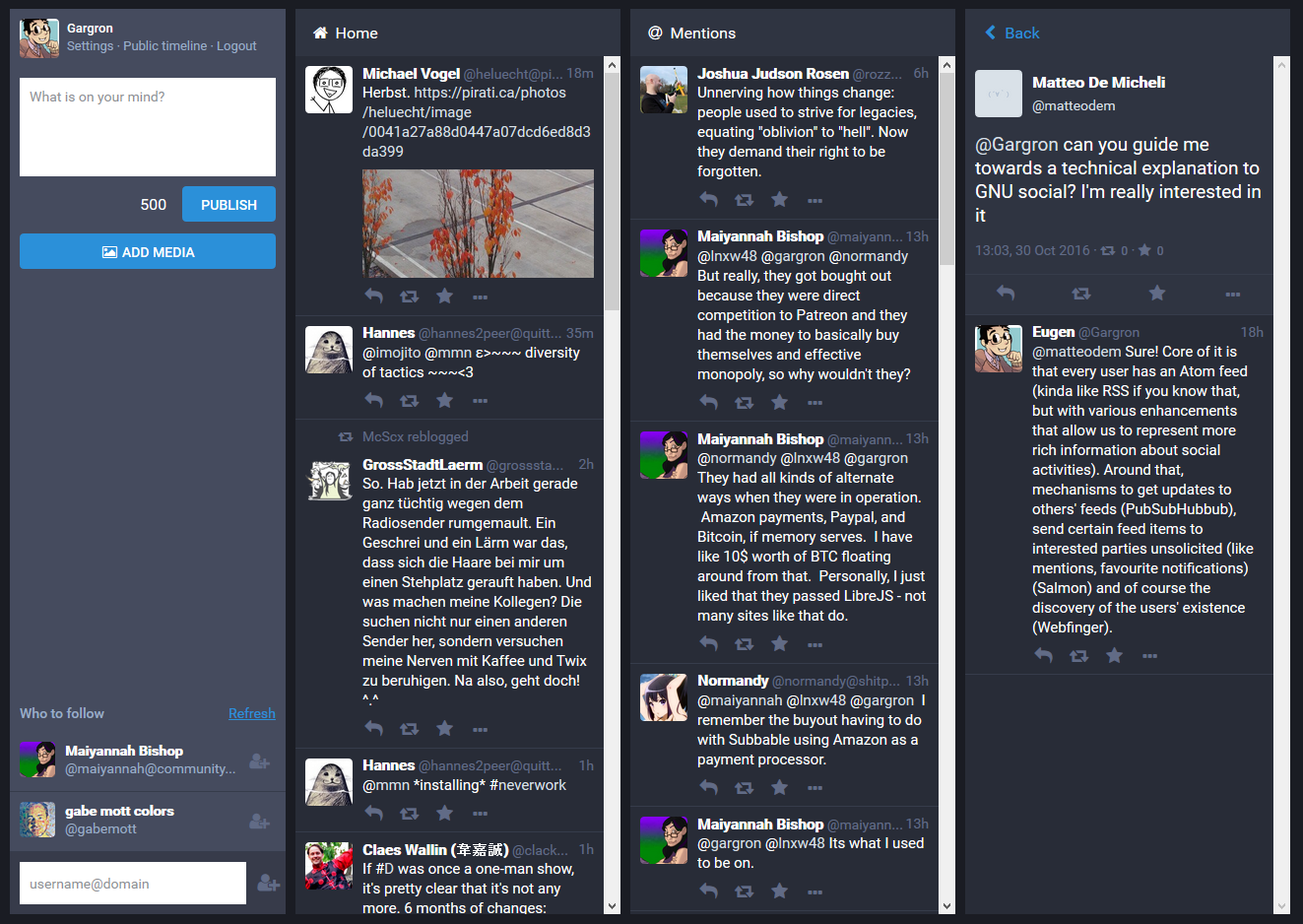